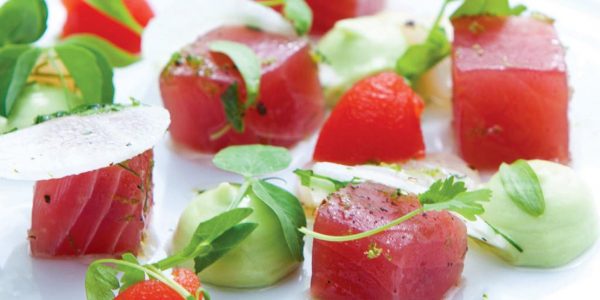 Michelin starred chef Shaun Rankin is a renowned published chef with TV accolades and a passion for the fresh produce of the Channel Islands where he resides Yorkshire born Shaun Rankin honed his skills at The Mayfair Hotel in London and attended the Thames Valley University at Slough. He returned to Yorkshire in 1992, after three years in London, and took a position as chef de partie at the Black Bull Inn in Moulton. Since then he has worked in restaurants as close to home as Darlington and as far afield as Chicago and Australia. Shaun has spent the majority of his career in Jersey, Channel Islands. He spent eight years at prestigious Relais & Chateaux Hotel Longueville Manor, followed by the establishment’s sister restaurant Sumas. He then opened Bohemia restaurant as head chef in 2003 and gained his first Michelin star in 2005. Shaun is highly acclaimed and ranked as “a chef at the top of his game” in the prestigious Good Food Guide and described as “masterful” and “a champion of Jersey produce” by Square Meal.

Being shortlisted in the Food and Travel Awards means that you are the best of the best.  Winning just means you’re that little bit better than the best!