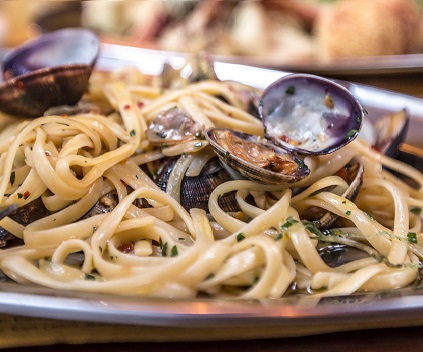 Russell Norman is an award-winning restaurateur, writer and broadcaster. He operates several restaurants in London and beyond.
His book POLPO – A Venetian Cookbook (of Sorts) is published by Bloomsbury and won Waterstones Book of the Year 2012.  His second book SPUNTINO – Comfort Food (New York Style) won the 2016 Guild of Food Writers Award for best food and travel book.
In 2014 he presented The Restaurant Man a six-part prime-time documentary for BBC2.
He is a contributing editor for Esquire magazine and writes a monthly column as ‘The Accidental Cook’.
For the last three consecutive years he has been recognized by Debretts as one of the 500 most influential people in the UK. His Who’s Who entry lists just one hobby: Scrabble.
He lives in London and Kent

This is simply the best value in the West End.
Source: AA Gill – The Times