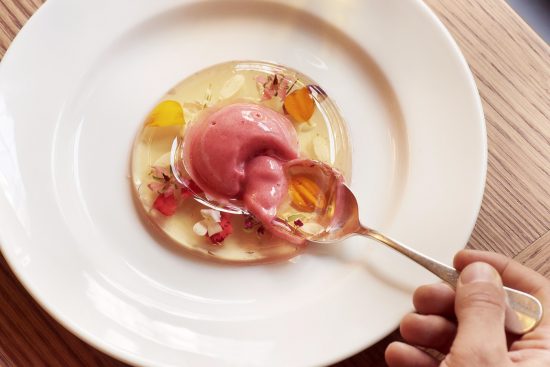 Hix is a restaurateur known for his original British gastronomy. After 17 years as Chef Director at Caprice Holdings, he opened his first restaurant in 2008 – HIX Oyster & Chop House in Farringdon. Following the success of Chop House Hix opened HIX Mayfair, HIX Soho, HIX City and his chicken and steak concept restaurants Tramshed in Shoreditch, and Hixter Bankside.  In autumn of 2015 he opened his first stand-alone bar in The Old Vic theatre, offering a late-night venue in Waterloo.

Hix and long-time friend Damien Hirst announced their collaboration on Pharmacy 2, combining their passions of art and food. The restaurant in Vauxhall opened its doors on 23 February 2016.
Outside of London in Hix’s native Dorset is HIX Oyster & Fish House and HIX Townhouse, a boutique hotel, both in Lyme Regis. Hix has a weekly column in The Independent, and is the author of a number of cookbooks on British cuisine.

Hix was awarded an MBE in the 2017 New Year Honours for services to hospitality.

The food is the equivalent of a duvet: warm and comforting, from the plate of home-made pork scratchings at the beginning to the velvety rhubarb fool at the end.