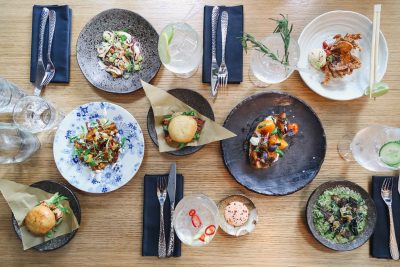 Luke Thomas, is a chef at the restaurant Luke’s Dining Room at Sanctum on the Green, in Cookham. He has appeared on a handful of television shows, including Junior MasterChef, Great British Menu, Russell Howard’s Good News and a BBC Three documentary about him, entitled Britain’s Youngest Chef.

Barely out of short trousers, Luke Thomas is a rare talent in the kitchen.

"Dean's knowledge of central London restaurants is second to none"