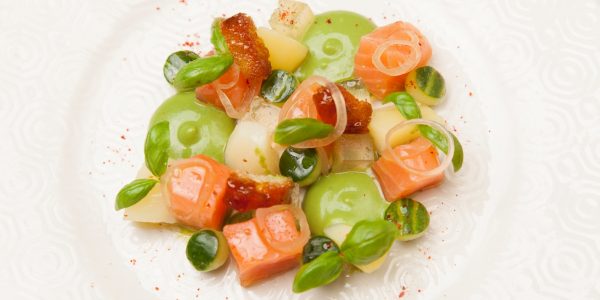 Glowing endorsements are not what motivate Eric Chavot though, as here is a chef spurred on by a deep passion for French cuisine and an almost old-fashioned love of hospitality. Both of which have remained undimmed by nearly twenty years in the spotlight – as Head Chef at Interlude de Chavot and then Chavot at the back end of the 1990s and throughout a ten-year spell at The Capital Hotel – where he held two Michelin stars before giving it all up for a spell consulting in Florida. Renewed and reinvigorated by his sojourn to the Sunshine State, Chavot returned to London in 2013 and opened up Brasserie Chavot in a Mayfair space owned by The Westbury Hotel – quickly winning praise from critics and accruing a Michelin star despite his avowal not to chase awards. At the end of December 2015, Eric closed Brasserie Chavot to search for pastures new.

Eric Chavot’s brilliant brasserie shows what happens when a top chef uses his powers in the service of gluttony.