When it comes to choosing the world’s best food city, it’s always going to be tough to get foodies to agree. But in 2019, the prestigious National Geographic magazine sought to come up with a definitive answer to the question.

The publication contracted a specialist consultancy to create a data-driven index of the world’s best cities for food lovers based on reviews by locals and visitors.

And that coveted number one spot? Yep, it went to London, which beat off some pretty top competition given that the rest of the top five included heavyweights Tokyo, Paris, Seoul and New York.

London has come a long way since the days when to speak of the capital’s food scene was to talk mainly about jellied eels and pie and mash.

Even though we might be blowing our own trumpet here, the idea that the British capital is a gastronomic backwater is frankly as old as the newspaper wrapping to last week’s fish and chips.

With such a vibrant food scene it is no wonder then, that we at leading London restaurant property brokers Dean Gambles & Co. are seeing a large increasing number of overseas operators looking to set up eateries in the British capital.

Among the factors driving the desirability of opening a restaurant in London is a population of nearly 9 million people – many of whom have an adventurous culinary spirit which readily embraces new dining concepts. The affluence of Central London is another important factor behind the potential profitability of new operations.

Among the newer operators, one of the regions most strongly represented is the Middle East. A veritable wave of UAE restaurants are opening up in the UK capital or have recently done so.

Mayfair alone saw the opening of ventures by Dubai-based Greek restaurant Gaia, the brainchild of chef Izu Ani and The Maine, a much-loved Dubai brasserie.

Last year saw the opening in Knightsbridge of Nusr-Et by flamboyant Turkish chef Nusret Gökçe – aka Salt Bae — who already has restaurants in Turkey, the UAE and Qatar.

And of course, Dean Gambles & Co represented Il Borro — a Tuscan brasserie with strong Dubai connections – when it opened its high-prestige location in Mayfair.

Keep an open mind on location

So what do outside operators need to know to avoid a sense of culture shock when looking to open in London?

CEO and founder Dean Gambles and president and co-founder Nishan Bhaker have both worked with operators from places like Dubai and are familiar with the emirate’s business culture. This means we can see firsthand where potential misunderstandings may arise.

Nishan, for example, advises that a common error among new arrivals is to fail to look beyond Mayfair.

“Most operators who are coming in new to the city perceive London only to be Mayfair and the only place where it’s worth opening a restaurant,” he says.

“We have Mayfair covered but they should also take into consideration other key areas which they might not have heard of, like Chelsea, Knightsbridge, South Kensington, The City, Soho, Notting Hill, and Marylebone.”

Another common error for operators from places like Dubai – as well as further afield – is to assume that deals will go through as quickly in London as they will back home.

“Here it can take anything from 6 to 12 months to complete a deal,” adds Nishan.

London, like everywhere, has its own set of licensing and planning regulations – which aren’t always obvious to outsiders.

“All that needs to be properly assessed from the beginning of the project before you start incurring costs.”

Anyone setting up a new restaurant in a new city is going to want to ensure they have access to the very best when it comes to hiring project managers, interior designers, conveyancing and licensing lawyers, and planning consultants, for example.

Of course newcomers to the city won’t necessarily know how to distinguish those who walk the walk from those who merely talk the talk. This is where having a broker who has built up an extensive contact network over nearly two decades can make the difference between failure and success.

“We can help you assemble a team of best-in-class advisors to ensure the project is successful,” says Dean.

Getting past the gatekeepers

Operators coming from Dubai, for example, might find there are lots of gatekeepers – who appear to bar access to some of the choicest sites and who are not necessarily easy to impress with spending power alone.

“You could find yourself dealing with a 500-year-old estate. Some can be particular and they will act in their own time,” says Dean.

“You might be a big shot operator who’s hitting 20 million pounds a year in revenue from one site but that isn’t necessarily going to cut any ice with them.”

Contacts here are vital – and this is an area where Dean Gambles & Co can ensure you don’t get shut out of the market simply because you don’t have an established relationship with the right people.

At the same time the historic nature of the city itself – in many places a patchwork of old buildings – can become bewildering.

“In the UAE you’re probably getting spoiled with a brand new purpose-built site so it’s easier just to come in and get started,” adds Dean.

In London, operators may well find there are a lot of other stakeholders to contend with — people who are affected by the operation such as local residents or neighbouring businesses.

Here too we have the experience and the expertise to help you negotiate London’s restaurant property scene.

London is a great place for an outsider to set up their dream restaurant – one of the reasons it has such a thriving food scene in the first place. But, as we have outlined, some of the practical elements of turning that dream into reality can be a challenge. Having the very best restaurant brokers on your side, with access to the best sites, contacts and advice, means the whole process will go that much more smoothly – and that’s where Dean Gambles & Co comes in.

So if you need advice on how to find the perfect Central London location for your restaurant and on negotiating London’s restaurant property market don’t hesitate to contact us now on info@deangambles.com or 020 7078 7464. 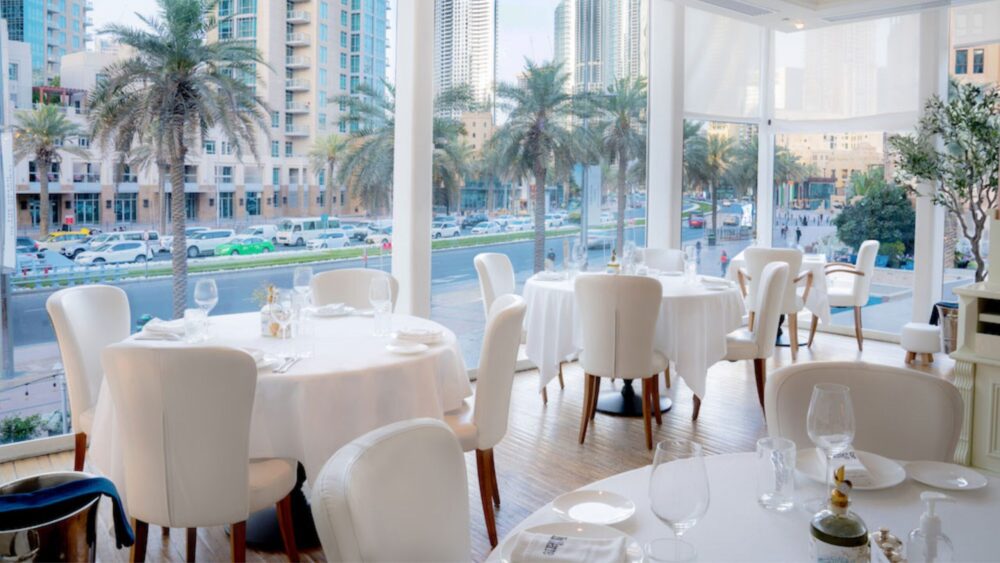